On Wednesday, Robinhood agreed to pay the largest fine in the history of the Financial Industry Regulatory Authority: $70 million. On Thursday, Robinhood filed to go public, which will raise billions of dollars and make the company’s founders and inner circle wildly rich.

The two events are related. There is technically no such thing as a fine for “not caring at all about your users while you pursue growth as quickly as possible.” But FINRA’s charges against Robinhood (which the company didn’t admit to or deny, while nonetheless accepting the fine) create the impression that the app-based trading platform did just that. The endpoint, in the form of enough growth that Robinhood is now in line for a blockbuster initial public offering, will be a big tub of cash.

Robinhood occupies a unique space. It is a major player in retail investing—arguably the major player at this point—but it’s not a bank or financial advisory firm. It bears little in common with the legacy financial institutions that have shaped markets for decades. Those big institutions have done a lot of bad things, and Robinhood has positioned itself as their foil. It’s right there in the name! Robinhood takes from the rich and gives to the poor! The company’s basic marketing premise is that those big firms have practiced cronyism, made finance work only for an elite few, and left the masses out in the cold. The story Robinhood tells about itself is that it is retipping the scales. Its stated mission is “to democratize finance for all.”

Robinhood isn’t wrong that those big banks and firms have done a lot of damage. The app has never systematically denied Black people home loans, crashed the housing market while facilitating the foreclosure of millions of families’ homes, made investments in fossil fuel companies (I don’t think), charged overdraft fees to poor people in the middle of a pandemic, manipulated currencies, advised people to make stock trades against their own best interest, brought down a large section of the market on its own by making risky loans, or any number of other unsavory things that banks, brokerages, and advisory firms might do before lunch on a Wednesday.

So yes, it’s true: Robinhood has not sinned like many of its financial industry peers. It hasn’t catered to an elite few. Instead, it’s catered to all of us. The masses. But this has turned out to be a different kind of trade-off. Robinhood has made boatloads of money by apparently treating its product like a drug and its users like addicts. That approach is at the root of both its $70 million fine and the forthcoming IPO that will ensure Robinhood doesn’t miss those millions because it’s about to be swimming in a lot more.

The central thrust for Robinhood’s success and regulatory trouble is that its users are not the same as its customers. Robinhood has a lot of users. Its big IPO filing with the Securities and Exchange Commission says it has around 18 million per month (up from 4.3 million at the end of 2019), with about $81 billion in assets in those users’ accounts, in the form of equities, options, cryptocurrencies, and cash. But Robinhood doesn’t have nearly that many customers, insofar as a customer is someone who buys something from a business. Most Robinhood users enjoy no fees. The company reports having 1.4 million customers buying its subscription product, Robinhood Gold, which offers a few premium features and costs $5 per month. But even those aren’t the customers Robinhood is most incentivized to worry about, because they aren’t the ones bankrolling the company’s operations.

Robinhood made 75 percent of its money in 2020 (and 81 percent in the first three months of 2021) from transaction rebates and “payment for order flow.” Under payment for order flow, market makers—the companies that go and actually get the stock that’s given to a Robinhood user placing an order—pay Robinhood, which routes user trades to the market makers. The market makers sell the security for a smidgen more than they paid for it, and they make their money when Robinhood taps them many millions of times to execute trades. Bernie Madoff was the idea’s pioneer, so you know consumer interests are top of mind.

This system makes clear that Robinhood’s users are not so much its customers as its product. Robinhood sells them (or, specifically, their trades) to market makers. The New York Times reported last year that compared with other trading platforms, Robinhood makes a particular killing on these transactions. I have never seen a detailed explanation for why, and Robinhood didn’t answer when the Times asked about it, but two sensible possibilities are that Robinhood simply has lots of traders and they’re willing to accept prices that are favorable to the market makers. (Robinhood says four market makers provided 59 percent of the company’s total revenue in the first three months of 2021.)

Robinhood doesn’t just need to have lots of users. To make its money, Robinhood needs those users to trade, trade, and trade a little bit more. For Robinhood, it works, because the platform has lots of users who make a lot of trades. In 2020, transaction-based revenue was a $720 million business for the company. According to financial regulators, Robinhood has done some slimy things to encourage users to do what it needs.

FINRA’s report details how Robinhood made it laughably easy for inexperienced traders to get involved in options trading.

For one thing, FINRA’s report details how Robinhood made it laughably easy for inexperienced traders to get involved in options trading—a risky investment where someone loses their entire premium (and, FINRA notes, sometimes more) if a stock doesn’t move in a particular direction. Options trading can be enticing because it lends itself to fast profits if done right: Imagine being able to buy a stock for $80 while it’s trading for $120. Robinhood was bound by regulations to run some checks on investors before clearing them to trade options, to glean “the essential facts relative to the customer.” FINRA says Robinhood had what were known at the company as “option account approval bots” that “were programmed to approve options trading based on inconsistent or illogical information, including for customers who were younger than 21 years old but who claimed to have had more than three years’ experience trading options.”

The 73-page FINRA report lays out other transgressions. It says Robinhood has misrepresented to users that certain account types would not allow them to trade with borrowed money, when they in fact did allow it and, on certain trades, “automatically triggered” it. The report says approximately 818,000 Robinhood customers who were approved for options trading wound up in situations where they “could and often did” automatically start trading on borrowed money. (FINRA explains this was possible when Robinhood users entered into certain kinds of options spreads.) The report notes a 20-year-old Robinhood user who died by suicide in June 2020 after Robinhood’s app told him he owed nearly $750,000, despite the fact that he thought he had “margin” trading turned off on his app. He actually owed half that, but the FINRA report also details that Robinhood showed inaccurate cash balances to more than 135,000 customers. “Robinhood either doubled these customers’ actual negative cash balances or inflated their cash balances by displaying buying power as ‘cash,’ ” the report says. In other words: FINRA says Robinhood made some customers think they’d lost more than they’d actually lost, and it made others think they had more than they really did. In different ways, both are dangerous. FINRA says the inaccurate balance displays lasted from December 2019 to June 2020, which means Robinhood still hadn’t fixed the problem during a major period of growth at the start of the pandemic.

The regulators also take aim at Robinhood for failing to “reasonably supervise” its technology to make sure it could handle orders from its growing user base. FINRA says resulting outages cost individual investors on the platform five figures, and it ordered more than $5 million in restitution for that alone. This is a separate issue from the time Robinhood paused trading on certain “meme stocks” in January, when it didn’t have enough collateral to satisfy regulators during a volatile trading period. But that, too, resulted from Robinhood simply not being prepared for its massive user base getting into an admittedly unprecedented trading pattern.

This FINRA fine isn’t Robinhood’s first. It paid a much smaller one in 2019, when FINRA said the company didn’t make sure its order routing was in users’ best interest. Last December, Robinhood agreed to a $65 million SEC fine to settle charges that it misled customers. Massachusetts’ state securities regulator filed a complaint against Robinhood the same week, alleging that it tried to exploit customers by making investments feel like games. (Robinhood recently stopped displaying confetti when users executed trades on its app, at least.) In April, Massachusetts launched an effort to ban the app in the Bay State.

Maybe each of these regulatory authorities has a personal vendetta against Robinhood. Or, maybe, Robinhood has treated its users like pawns, and paying its new, record fine was simply the cost of doing business the way Robinhood always wanted.

Robinhood has the right concept: that investing should be accessible to everyone. In the highly relative world of big financial and tech companies, it might even be a revolutionary idea. There’s a great chance that Robinhood’s CEO, Vlad Tenev, is earnestly committed to that concept. “Democratizing finance” is admirable. “Chasing user growth no matter who gets hurt and how many rules you break” is not nearly as sexy, but if that’s what Robinhood did, it will have turned out to be much more lucrative.

Tue Jul 6 , 2021
Leisure car or truck rental market Outdoorsy reported it will use some of the $120 million it lately raised to extend its electronic taking care of common agency that sells coverage to RV house owners and renters in the U.S. and Europe. Austin, Texas-primarily based Outdoorsy, which phone calls by […] 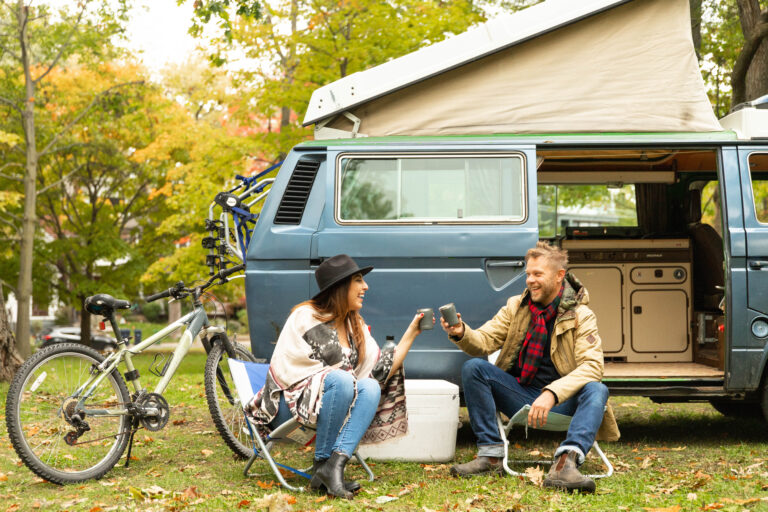